Syncretism by The Old Boys’ Club 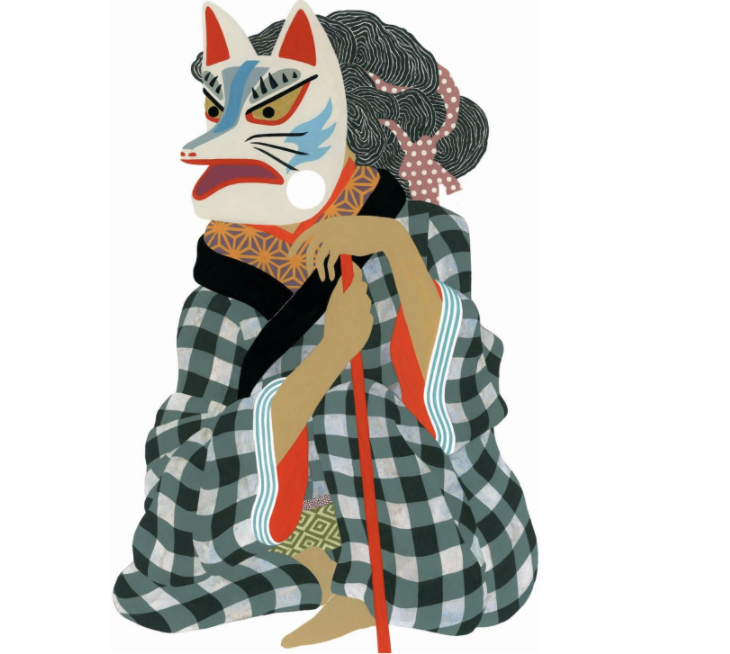 September 21, 2020, SAN FRANCISCO, Calif. —Marrow Gallery presents Syncretism an exhibition of new works from French artist, The Old Boys’ Club. This will be The Old Boys’ Club (OBC)  first solo exhibition in the U.S. in ten years. The artist’s moniker connotes a fraternity of the wealthy, white male ruling class. It also represents who is excluded; people of color, women, gay, poor and disenfranchised people. In her work, the artist seeks to analyze what is happening in the 21st century world through the lens of entrenched power dynamics and systemic oppression. Syncretism is a collection of  works from the artist’s ongoing series titled Prophets. The show opens on October 1 and runs through October 31st. The gallery is open by appointment only.

The Prophets series started as a reaction to the 2015 terrorist attacks in France—Charlie Hebdo, The Bataclan and the Stade de France.  Originally shown in a renovated church in 2017, the Chapelle St Jaques Contemporary Art Center, the artist wanted to approach belief and religion with a sense of curiosity and tenderness in an effort to make sense of tragedy.

The imagery in Prophets is based on 16 prophets, both real and imagined. Continuing in her signature mixed-media and maximalist approach, The OBC draws on a diverse repository of visual language from all over the world from traditional Japanese woodblock prints to African masks, underscoring the inherent postcolonial critique in her artist moniker. Conjuring elaborate iconography by borrowing from traditions from all over the world, Syncretism creates a visual world of language that proposes a unity and familiarity in the human experience and a reminder that only by coming together do we outnumber the real enemy—The Old Boys’ Club.

The Old Boy’s Club has shown extensively worldwide, including at the Chapelle St Jaques, Contemporary Art Center, Yerba Buena Center for the Arts (San Francisco), The San Jose Museum of Art and at galleries in Ireland, USA, Germany, France, London and Brussels. She has won awards for her web design, including for Sketch London and Le Palais de Tokyo.  She studied at The School of Beaux Arts and the Sorbonne. Currently based in the French Pyrenees, Marrow Gallery has represented the OBC since 2015.

Marrow Gallery is a contemporary art space that shows local, national and international artists. Located at 548 Irving Street at 7th Avenue in San Francisco’s Inner Sunset neighborhood, the exhibition program presents artists whose works offer commentary on contemporary culture and reference art movements of the past.

<< BACK TO ALL EVENTS

+ Calendar View
+ The Just a List
+ Other Event Calendars